My son loves Hot Wheels™, well Die-Cast Cars to be exact. Adores them. He constantly asks if we'll "play cars" with him. Building roads and mazes for the cars. He has hundreds of these things. I see one everyday and often step on them, so walking barefoot is now a home-hazard. There's one thing that keeps bothering me about these die-cast beauties.

This is it. You can have five different cars and all of them are approximately the same size. This sounds great for entertainment purposes, but it why is the Viper have to be the same size of the concrete truck? 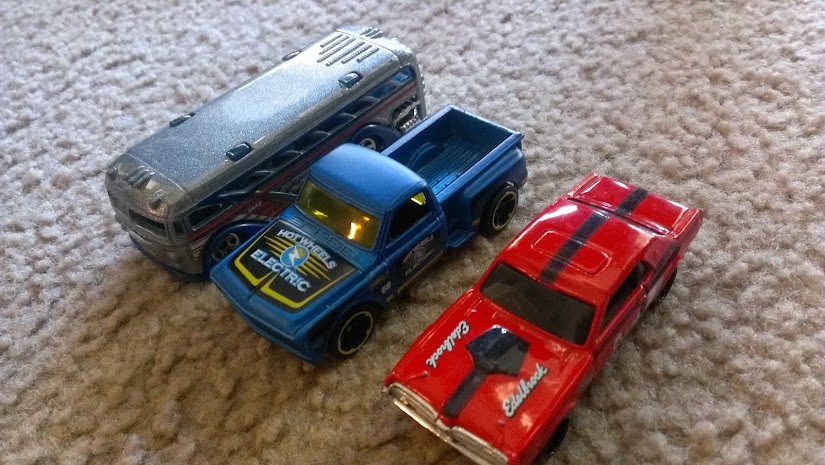 Let's start with the most popular brand. The old Oldsmobile and 70's Ford Pickup are pretty close, although the Olds is a bit big compared to the pickup. But then the crazy thing happens. Yes, the pickup is taller than a coach bus. And pretty much just as long. Why can't this be scaled the same? 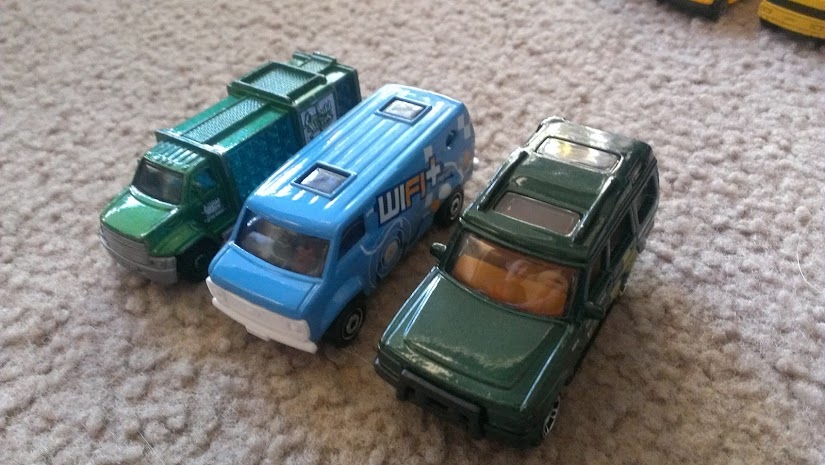 Matchbox™ is also owned by Mattel so I guess I couldn't assume it would be any better. Like before the Land Rover is larger and wider than the Service Van, these again are close but not the same scale. But then look at both of these vehicles compared the Water Delivery Truck. It's actually smaller than both. 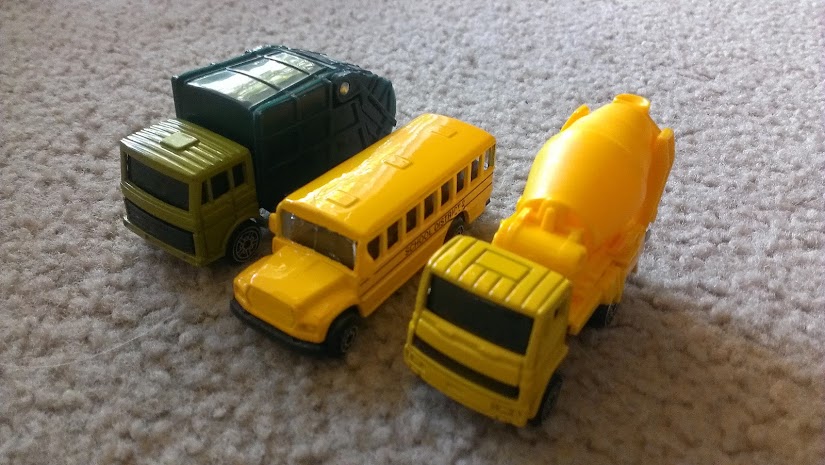 Maisto® makes cheaper die-cast but honestly have much better variety than their competitors. Where others are making crazy colored concept cars, Maisto is where you go to get good everyday cars. But their scaling issues are just as egregious. The Concrete truck and the Garbage truck look good. Conceptually, those are scaled pretty well. But the School Bus is miniature. Maybe it's the short bus, but it still should be taller and wider.

Am I going overboard. Yup! Haha, I know it. But a Mechanical Engineer knows the perils of bad scaling...