Changing from Wordpress to Hyde has put me back into the text editor much more often. I have used a number of text editors, but have found that Linux and even OS X have a better set of text editors. I chalk that up to terminal based systems, as Windows has always been built around the 'graphical experience'.

Just using Window's Notepad puts you at a distinct disadvantage. There are so many things that notepad fails miserably at that you can't use it for anything other than some quick editing. Just know there are better alternatives out there. Here's my list of text editors that I have used and would recommend for my fellow windows users.

Notepad++ is a Scintilla based text editor and is specifically built for Windows. It's built to be fairly lightweight and easy to use. It's loaded with a tabbed interface and toolbar. It also includes the great niceties like line numbers, expandable tree coding, and panties.

Programmer's Notepad looks very similar to Notepad++, primarily because it is also a Scintilla based editor, but feels more streamline and snappier (although that's debatable). It has a host of features, from Tabbed interface and syntax highlighting. For the longest time, this text editor felt right. It was what I used most of the time. When I started needing multi-line Regex and Spell Check, I moved to Notepad++.

I know it appears Notepad++ is the more feature filled editor (which it is), but Programmer's Notepad should be seriously considered before you decide which you use. 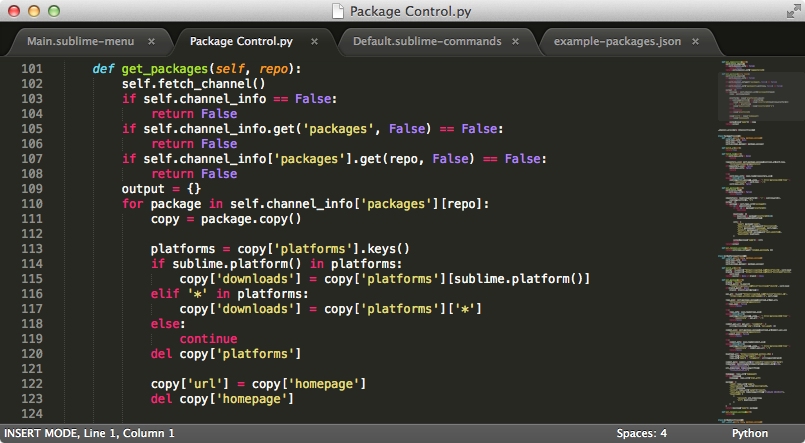 Sublime Text is what I have been using lately. Mainly because it contains the nicest (although a bit incomplete) markdown syntax highlighting. But it does include all the things I really want in a text editor. It looks great and works well.

There's a few things that I haven't figured out just yet. There is no toolbar, but nice commands and command pad. Plus you really need to dig through the keyboard commands to full utilize the power of Sublime Text. I've also used Q10 to write in a distraction free environment before and Sublime Text does this just as well, if not better.

The only downside to Sublime Text is it's not a free program. Where you are not given a limiting product when you use the editor for extended use, but you will see a nag screen. Purchase price is $59 for a single license, but a small price to support a great application.