I decided to revisit the Batman Equation briefly, but this time at a Python approach, instead of Matlab. The languages are close enough that it shouldn't take very to plug the info in and run...or so I thought.

Giving it an Initial Go

It started out easy enough. From my Batman Equation Gist I grabbed the 6 equations and pasted them into batman.py to run and hope it worked. First thing I had to do was change the syntax for the power function. So a simple Find/Replace of "^" to "**" cleaned that up quickly. I also removed all the semicolons from the end-on-lines.

Next I had to make sure I had everything I needed:

I also had to think about how to handle the equations properly. Since Python doesn't have a qualifier like Matlab's sym x y, we'll give Python a complete grid of x and y points to work with.

This should be essentially it. Now we plot: 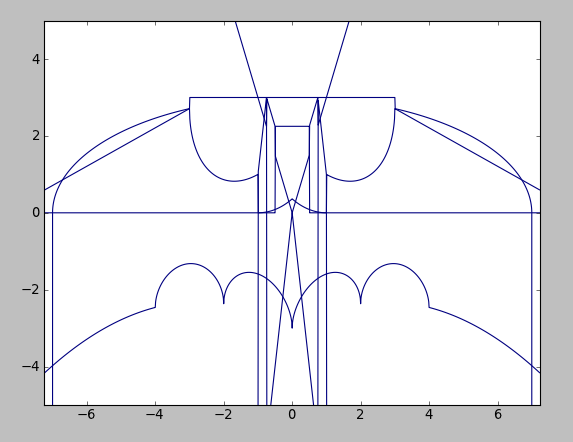 So the first problem I had was the simple one. I was using sqrt from scipy which handles complex numbers and returns the real portion. I needed to remain in the real subset of numbers, so I change this line to: 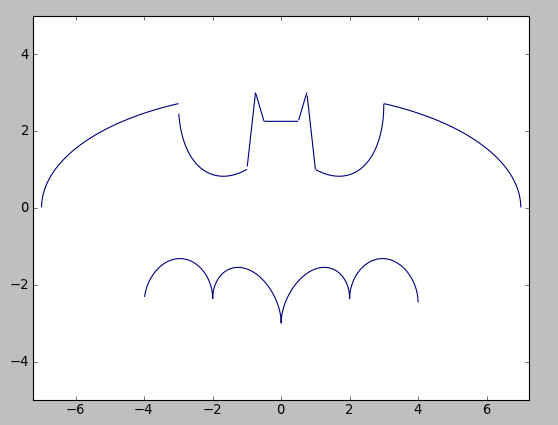 So it looks close, but the "wings" are missing half the line and it's at 0. So first think I thought of is that the complex-to-real is blowing things up. So I took 'eq1' and tore it apart. Basically it's an ellipse with the center section cut out. So I carved it up into the elements to find the offending piece.

Just using the IPython interpreter I laboriously realized that Python was evaluating 3/7 as 0. Which of course we all know is not true. So after a wealth of internet searching and more, I found that I needed to force Python out of floor division for integers. Totally something new to me and can't believe it took me so long to find out. Turns out Python 3 corrects this, but I'm using 2.7.

I first thought I had was to add .0 to all my integers in my equations, but found that adding this took care of it for me: 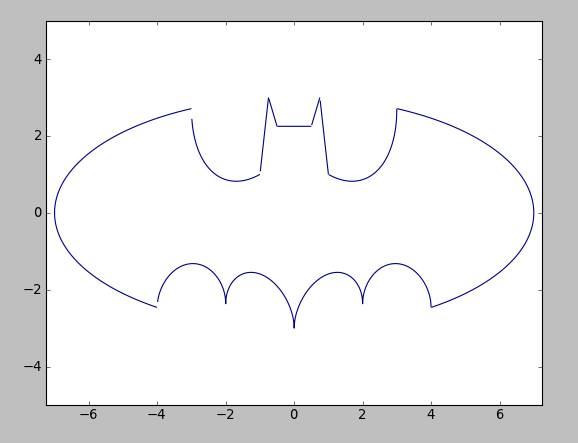